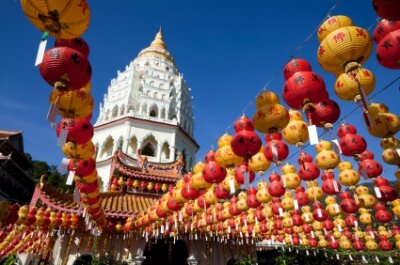 As a beach escape, Penang can’t compete with the postcard coastlines and waterways of Langkawi. On the flipside, when it comes to food, the arts and architecture, Penang is your Malaysian island of the moment.

Charted by the Chinese in the 15th century and later founded by English trader Francis Light, Penang’s colonial vestiges are becoming increasingly more of a travel highlight, with ongoing restorations bringing the island’s older architecture back to life.

British heritage is only part of the picture here, as well. During the Brits’ 171-year long rule, Penang’s role as outpost for the East India Company paved the way for a variety of diasporic communities to make their architectural mark. 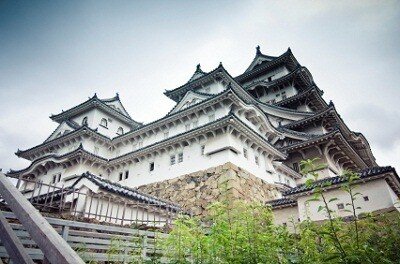 But Europe holds no monopoly on castles. Asia hosts scores. Here are five of Asia’s most striking and strange castles, which transcend bricks-and-mortar, and border on marvellous. Their haunting, massive presence evokes the sound of drums and thunder. 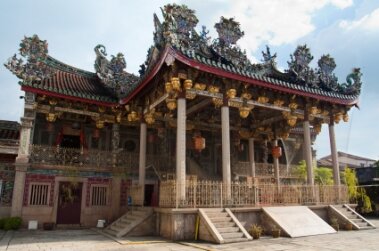 Food, food, food – that is the standard take on the Malaysian island of Penang. Food and a serving of history.

But Penang has at least one other extraordinary angle: a landmark on the fringes of town called Snake Temple, which – you guessed it – is riddled with snakes. 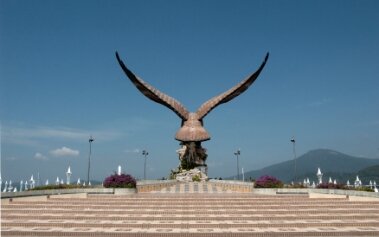 If you feel suspicious of resorts with fancy nicknames, join the club. But Langkawi – an Andaman Sea archipelago some 30 kilometres off mainland Malaysia – just about lives up to its billing as the “jewel” of the state of Kedah.

Sheltered by peninsular Malaysia's mountainous backbone, the archipelago escapes the north eastern winter monsoon and enjoys sunny skies in winter when the eastern provinces are flooded. Featuring pristine jungle, natural white sand beaches and craggy peaks, it is a recognised “geopark” blessed with a wealth of wildlife. The lineup runs the gamut from otters to a quirky bird called the “racket-tailed drongo”. 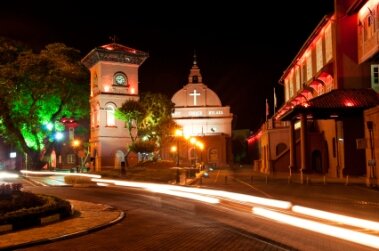 Often described as "sleepy", Melaka is actually humming. The old Malaysian spice port that hovers midway between Kuala Lumpur and Singapore lures hordes of travelers drawn by its rich mix of shopping, food and history.

Melaka is awash with ethnic eateries, quirky boutiques and colonial relics resulting from countless invasions. The relics that most catch the eye are the shocking-pink church and administrative buildings constructed by the Dutch during their day.

Melaka is a feast for the senses in general. But the strongest draw of the incense-laced old Malaysian spice port down the road from Kuala Lumpur may well be its food. Melaka hosts an array of low-price, high-quality catering outlets.

So you haven't heard of Miri? How shocking. What ignorance. Actually, that's half the point of this post; hardly anyone has heard of Miri. Miri can be found in Borneo, the world's third biggest island, which lies off the coast of peninsular Malaysia.

Imagine a beach that comes straight out of a postcard.  Picture the towering coconut trees, the warm breeze, the tranquil emerald waters calmly rolling in on powdery white sands.  Sounds amazing, does it not?  Now imagine that it’s reasonably priced.  This dream is not fiction; I’m scribing about Perhentian Islands.

For the amount of times I’ve been to Kuala Lumpur my insider food knowledge is embarrassingly limited. Being predisposed to hanging around malls and hotels, most of my eating experience is gathered from food halls and complimentary breakfasts.