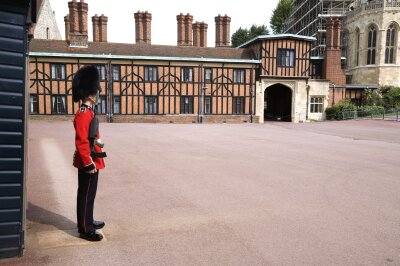 Founded by the Romans more than two thousand years ago, few cities are as rich in history, culture, and character as London. Home to revolutionary innovation, famous writers and musicians, leveled by war, and rebuilt into one of the world's leading financial centers, London truly is a city fit for a king (or queen). Start your exploration of the UK's capital at ten of our favorite spots.

For foodies there’s no hotter place to be, experience, and eat your way around, than Borough Market. Not only is there a plethora of local and international produce for sale, but there are artisanal food wizards, cafes, restaurants, and a community vibe that permeates the air.

Home to a permanent collection of more than eight million objects, this place tells the story of mankind’s journey as few other places on Earth can. Opened in 1759, many objects were attained while Britain expanded its footprint around the globe, brought back to the motherland, and housed here. If you only see one museum in your life this should be it.

There’s Big Ben, the House of Commons, and House of Lords. These iconic buildings are next to the Thames River (another must-see site) and one can hardly help checking the time on their watch against Ben himself. For political enthusiasts, secure tickets to watch Parliament when it’s in session.

Originally serving as Royal hunting grounds, these 350 acres were opened to the public in 1637 by Charles I and have grown into London’s premier public park. There’s boating, tennis, open spaces, and even cafes, in a spot that’s also served as a concert ground for some of the world’s top performers. Make Hyde yours for at least half a day.

The world’s first underground railway was opened in London in 1863 and ran between Paddington and Farringdon. Today ‘The Tube’, as locals know it, is comprised of 402km of track, 11 lines, 270 stations, and moves more than one billion passengers a year. This testament to human progress will get you to and from, while telling an impressive story along the way.

It can be tough finding a pint at times in London, but Smithfield is one spot where you’ll always find someone pouring. Famous as an early morning fresh meat market, local pubs, fancy Michelin-starred restaurants, and hidden haunts make up this supremely colorful, and thirst-quenching district. What would a visit to swinging London be without experiencing some pub culture?

Britain’s home of modern art pulls in the crowds who come to marvel at one of the world’s premier collections. The building was fashioned from an old power station along the Thames River by architects Herzog and De Meuron and is an impressive attraction in its own right. A highlight is the massive turbine hall, which is converted yearly by a prominent artist into a temporary exhibition.

See real Beefeaters on patrol at this edifice that’s seen its share of action. Palace, fortress, armory, site of many beheadings, and now home to the astounding Crown Jewels, more than 900 years of history are on display. Be sure to learn about the ravens that can never leave.

This stunning Gothic church is a UNESCO World Heritage Site and serves as the starting and ending point for many famous folk. Charles Darwin and a host of other luminaries are buried here, while Prince William and Kate Middleton were married within its walls in 2011. History oozes from every stone.

The largest and oldest occupied castle in the world, Windsor has been home to the British sovereign since the 11th Century. An impressive enclave comprised of The State Apartments, St. George’s Chapel, the Drawings Gallery, Queen Mary’s Dolls House, and rotating art exhibitions, they also host an inventive array of night tours and other offerings for visitors.