Hotels of Note: The Royal Horseguards 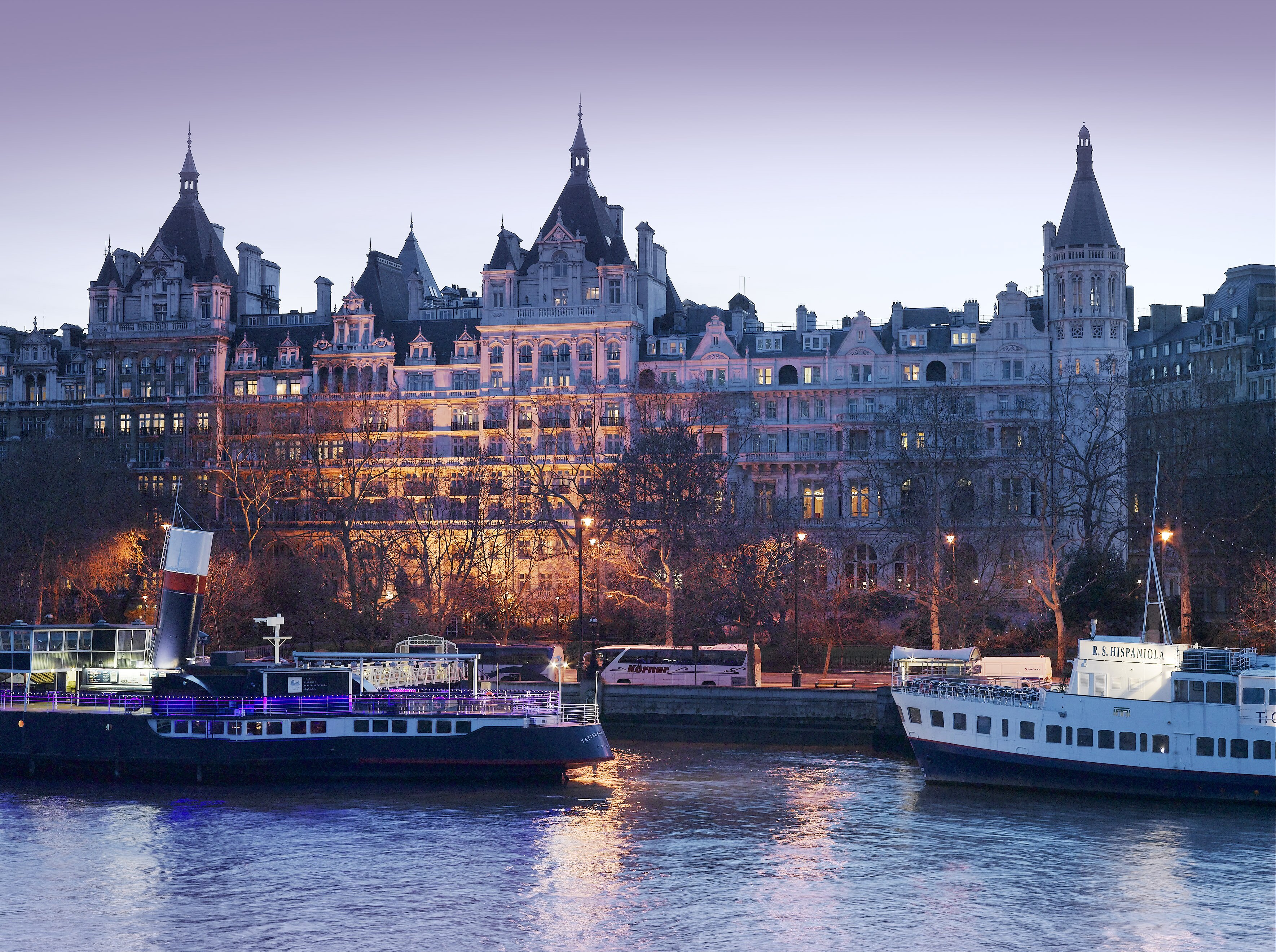 In a city like London, it's easy for the grandeur of history and tradition to get a bit diluted. After all, it is a city loaded with prestige and status, but there are certainly several standout properties that continue to impress even the most jaded of visitors. One such property is the Royal Horseguards, a hotel that has become an enduring icon along the banks of the Thames.

Originally built as a block of luxury apartments in 1884, it officially opened as a hotel in 1971. Many of its early investors had close ties to the British military - more specifically the Household Cavalry, the most prestigious unit of the British Army and the Queens official bodyguard. Indeed, during both world wars, the hotel was taken over by the Ministry of Defense and was used as a base of operations by MI5 and MI6, Britain's most secretive and powerful spy organizations.

In 1985, the hotel acquired the upper floors of the adjoining National Liberal Club at 1 Whitehall Place, an expansion that upped the total number of guestrooms and suites by 140. Because of its prime location, the hotel has long been a top choice for governmental meetings and operations, run by the Houses of Parliament and the Foreign Office.

The hotel has welcomed a host of esteemed dignitaries and socialites over the years, from Winston Churchill and George Bernard Shaw to Lord Kitchener and William Gladstone. And of course, the hotel was used as a location for the 1983 film Octopussy, where Bond, James Bond can be seen walking through the doors. In 2008 the hotel underwent an extensive renovation, and in 2009 was awarded 5-star rating by AA Hotel Services. No word on whether the renovation included the network of secret underground tunnels that are reportedly accessed via the wine cellar.

Originally, the hotel was only at 1 Whitehall Place, but it has now been expanded to take up both 1 and 2 Whitehall Court, with a regal, whitewashed façade that has been recently restored. When it was designed, the architects wanted something dramatic for the London skyline, and were heavily inspired by Parisian chateaus, eventually settling on French Renaissance as the prevailing style of the building.

With a well-guarded garden enclosed by lush foliage, the Terrace has been a favorite among those wanting a romantic escape. Stepping into this serene atmosphere, visitors will feel as though they entered a perfect nexus between modern design and traditional elegance.

As guests make their way through the guarded double entrance, they will be welcomed into the foyer, which features marble flooring, velveteen furnishings, and an original fireplace dating to the early 1900’s. The gorgeous oval staircase is lined with red carpet, and will guide guests to one of the hotel’s 281 guestrooms and suites.

One of the hotel’s signature features is the Gladstone Library, which doubles as a reception area for weddings and galas. The room itself is stocked with leather-bound books from around the world collected throughout the hotel’s long history.

As the hotel’s renovation wraps up this year, the Royal Horseguards will don a new name, the Clermont London. Rooms at this five-star hotel are certainly not for the budget traveler, but it is a privilege that should be enjoyed if the opportunity presents itself. Many of the rooms feature stunning views over the River Thames, and are equipped with state-of-art-technology, as well as sumptuous bathrooms with heated floors and waterproof flat-screen TVs.

If you’re in London and are unable to stay at the hotel, at least make an effort to visit the beautiful building and all its surrounding terra