« Phuket with kids: what beaches are best? | Main | Agoda: Top 10 Things to do in Osaka »
Thursday 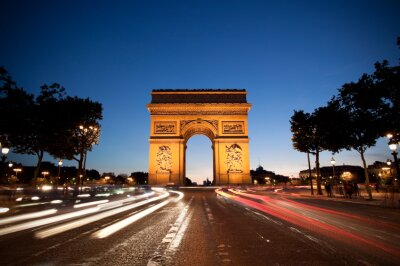 Whether you’ve come to admire the view, brave the slopes or simply burn off those extra calories from the wine and cheese, the French countryside boasts some spectacular and challenging landscapes. The country hosts a total of ten national parks, though three of these are found offshore in the country’s overseas departments. We’re going to take a look at five particularly captivating parks within the country itself.

1. Cevennes National Park, France
More than a natural refuge, Cevennes National Park is a stronghold of traditional French life and culture. Humans settled here hundreds of thousands of years ago, and this is the only national park in France that still has people living within its borders. The landscape varies from grasslands and forests to rocky heights, and there are some 400 farms in the mix. The villages of Le Pond-de-Montvert and La-Garde-Guerin, with their charming stone houses, are major attractions.

Natural highlights in the park include the dramatic gorges carved out by the Tarn and Jonte rivers. The parkland becomes progressively more rugged as you head north. There are several caves in the park, including Aven Armand which is large enough to completely enclose Notre-Dame Cathedral.

2. Pyrénées National Park
The Pyrenees are often pitched as the Alps’ wilder, more rugged cousin. It’s impressive countryside to be sure, complete with sheer rock faces, frothy waterfalls and secluded lakes. And as if all that weren’t enough, visitors can charter pony trekking expeditions. If that seems a bit too tame for you, you can also book paragliding, white water rafting, canyoning and mountain biking adventures. But seriously, who passes on pony riding in the Pyrenees?

3. Vanoise National Park
France’s first national park joins Italy’s Gran Paradiso National Park to form the largest contiguous chunk of parkland in the Alps. Skiers drive through Vanoise on the way to alpine resorts on the periphery, but there’s more to this region than ripping and shredding. Elevation in the park ranges from 800 to 1,500 meters, and landscapes progress from lower-lying grasslands to forests of beech and fir trees.

This is premium, albeit challenging, walking country, and the views are spectacular as long as you don’t mind working for them. If you really want to put your body to the test, then strike out on one of the Grand Randonnie (GR), or long-distance hiking paths, that skirt the mountains. The GR 5 and 55 form the major arteries, with countless side trails branching off of them. Hikers are likely to encounter mountain goats, golden eagles, alpine marmots and maybe even an elusive ibex. Learn more on the Vanoise National Park website.

4. Écrins National Park, France
Écrins National Park is alpine countryside at its finest. Écrins National Park literally has it all: glacial fields, sub-alpine woodlands, soaring mountaintops, pastureland and alpine lakes. This kaleidoscope of landscapes hosts a range of wildlife including marmots, grouse, eagles and the stoat. If you really want to annoy impress your travelling companions with your knowledge of alpine ecosystems, point out that the stoat is called an ermine once it gets its white winter coat.

5. Port-Cros National Park
As you may have noted, the French national park scene is heavy on mountainous terrain. That makes this secluded Mediterranean island all the more enticing. You can reach the island by ferry from the luxury resorts along the French Riviera. The island encompasses less than 8 sq km, and you don’t have to venture very far to find yourself completely and utterly alone. For divers, sunken ships off the coast are great for exploring.