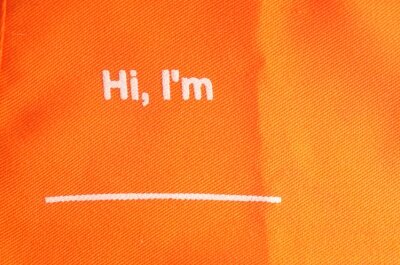 To western eyes, the cultures of Asia are a weird and wonderful adventure for which an almost endless list of questions can be asked. One of the most common, especially for those newly-arrived, is the topic of naming conventions, which are far more complex than you might think.

In most western countries, our names are easy: First, Middle, Last. John Harold Smith, for instance. From this you can assume that one of John’s ancestors was probably a blacksmith, while the first and middle are usually chosen to honor family or simply because they sound nice. But in Asia, there’s a lot more to consider, so we asked a few of our Asian friends to tell us how names work in their home country.

In Hong Kong, many people often use nicknames that can be based on transliteration of their Chinese name – for instance, pop star Yung Zo Yi uses Joey Yung. Others are simply given a name their parents like, such a Sharon or Ray. Some parents might even try really hard to give their child a unique name, such as Betsy, Augustine or Maximilian!

In a country like Indonesia – which has over 17,000 islands and many, many unique cultural pockets – naming conventions can vary from one province to the next and are often quite complicated. Sometimes family names are not even used and people simply have one name; when a second name is needed, the first name is repeated or a nickname is chosen based on hobbies, personality, etc. Other times, a child’s second name is taken from the father, from the mother, or simply a phrase that means “son/daughter of father’s name and mother’s name.” Still other times, a name can be chosen based on geography, culture, or even made up of honorifics, such as Kakak for men or Mbak for women.

Malaysian names have a long and multicultural history based on Malay, Khmer, Siamese, Javanese or Sanskrit names, among others. In fact, because Arabic names, such as Mohammad, are so common, people often choose a second name to set them apart. One interesting fact about Malaysia – some names are illegal! For instance, you can’t legally register a child named after a color, animal or natural phenomenon, or anything insulting such as the name Pendek, which means short.

Japanese names, much like the language, are rather staccato, so names are often clipped & repeated, or given a ‘cute’ suffix. For instance, the name Tamura might become Tamtam while the name Aya might become Ayaya. If your name is Kimura Takuya, people might call you Kimu Taku while Matsumoto Junpei might become Matsu Jun.

In Thailand, almost every person will be known by their nickname – so much so that friends might not even know your real name! This is often due to the fact that Thai names can get quite long and it would be inconvenient to say the full name all the time. Thai nicknames can be almost anything you can think of – fruit, animals, or random English words like Fluke or Bonus. Sometimes people might name their children based on their job or the hobbies they have – Bowling for a fan of the sport, or Yeast for the child of a baker. Sometimes the oldest child will be named A or neung (1), the second B or sawng (2) and so on. Out of all the countries in Asia Thailand, it seems, has the most fun with their nicknames.

South Korea and Vietnam are the standouts here – in Vietnam people are just called by their real name, while in South Korea, people rarely have a nickname, and if they do it’s usually one that only close friends would know. In rare cases, a nickname is chosen if one’s real name is particularly unique or too hard for foreigners to say.

Did we miss any? Let us know if you’ve heard any strange nicknames in your Asian travels.

In Sri Lanka average people have Nick names but mostly used in their family circles. They Generally used middle name. But decedents from Portuguese , Dutch or British mostly surname. My name is Vijith Fernando. I remember in school or working place they called me Fernando if there is no other Fernandos around. Our former presidents even they have local surnames People call them Jayawardena, Premadasa or Bandaranayake all are surnames.