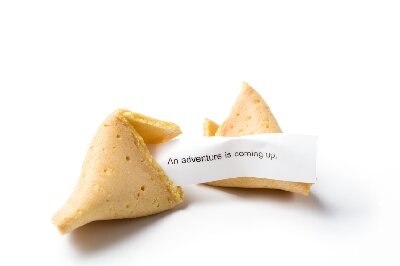 Throughout Asia, fortune telling – or more properly, divination – is still widely practiced. Tarot cards, palm readers, and numerologists can be seen everywhere from rickety street corner card tables to public parks in the shade of a tree to large stalls in upscale hotel lobbies. Indeed, some of the best known diviners work out of temples, and some have lineups, with customers waiting hours and traveling great distances to see them.

For westerners, divination is something that has been somewhat watered down by popular culture over the past 100 years or so, and it’s generally taken less seriously – a fun thing you do with friends or at a carnival, although there are certainly those who place great importance on a good reading.

But for people from Japan to China to Thailand to India, divination is very much a part of daily life, and is often taken into consideration when making important decisions. Let’s have a quick look into some of the more popular methods that you might come across when traveling.

Astrology: Certainly the oldest known method of divination is looking to the stars. It’s hard to say exactly where the practice originated, but certainly as early as 4,000 years ago, the Babylonians (in present day Iraq) had an organized system of predicting events based on the stars. Soon after, Chinese, Indian, and Mayan systems had emerged, and the practice spread to Greece when the armies of Alexander the Great conquered what was then the known world.

Tarot cards: Many people think this practice has a mystical Asian background, but in fact they are based on Egyptian playing cards. The first documented tarot deck was made in Milan, Italy in the mid-1400’s and even then they were simply for playing games. The divination aspect, however, didn’t enter into practice until the 1780’s, and clever marketing cemented the mystical divining properties just as the spiritualism movement swept through Europe in the mid-1800’s.

Palm reading: More properly called palmistry, its origins are a bit murky, but likely date back to Hindu astrologers in India thousands of years ago, where it spread to China, the rest of Asia, and then Europe. However, in the middle ages palmistry was suppressed by the Catholic Church, until it rose in popularity in the mid 1800’s, again in the wave of interest generated from the spiritualism movement.

Numerology: A belief that the numbers that pertain to your life – birthday, age, time of birth, number of letters in your name, etc – can predict certain traits or events. Numerology is based on several ancient traditions from a variety of cultures, including Chinese, Hebrew, Hindu, Egyptian and even Pythagoras, the famous mathematician who lived in ancient Greece.

When traveling through Asia, you might come across some or all of these methods being practiced. If so inclined, don’t be shy – many diviners speak enough English to give you a basic reading. Who knows what you might find out?