Getting to Know Moscow 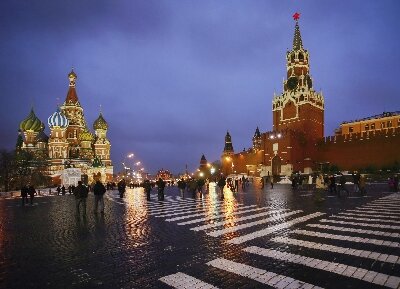 Not so long ago Moscow was the iron heart of a mysterious nation under lock and key. Outsiders were limited to classic Cold War rhetoric and images on TV, usually featuring grey buildings, people waiting in lines for staples like bread and tanks plying the Kremlin’s laneways showcasing military might. Fast-forward a couple decades and Russia’s capital is bustling with energy, firmly capitalist, home to Europe’s tallest building and remarkably friendly.

Yet it’s hard not to think about Moscow’s communist past as you explore this city of 15-million, as many buildings and monuments still bear images of the famous hammer and sickle or people harvesting crops and hoisting flags in victory. But there’s also a polish, shine, new coat of paint, both literally and figuratively, that brings the city’s overall mood in to the modern global community and era. This is a city well worth devoting a few days to discovering.

Moscow’s best asset for residents and travelers is its extensive subway system. With 12 lines, 188 stations blanketing most of the city, and trains literally departing every couple of minutes, getting around is a snap. And talk about affordable: a flat-fare of 30 rubles (US$1) takes you anywhere in a single journey, making it one of the world’s least expensive metro rides. And then there’s the stations themselves. Originally designed to do double duty as bomb shelters, you descend deep in to the ground (74 meters at the deepest station) to gorgeous platforms that resemble a fancy hotel foyer. Aimed to be testaments to Soviet spirit, virtue and boost citizens’ camaraderie, stations like Kaluzhskaya and Taganskaia are elaborately designed and decorated and truly worth examining. Some companies even offer tours of the stations themselves for cultural aficionados who want to delve deep into these uniquely artistic public spaces. Head street-side and it’s easy to hit numerous must-see sites from one metro station, stroll through the city, then head below again for a ride onwards. It should be noted that taxis are scarce and drivers rarely speak English.

St. Basil's Cathedral, the image most visitors know prior to travel, with its famous candy-colored spires swirling up to bulbous domes, won’t disappoint; be sure to venture inside for a look at its equally intricate interior. Right next door is Red Square featuring pointed towers, a long fortifying wall, and stylish neighboring communities, rich in stunning architecture, up-market shops and cafes. While there, head indoors to GUM department store. Once the communist bastion of shopping, today it’s full of upmarket global brands that Lenin never would have imagined being available in the capital. Its design is intriguing, featuring a gorgeous steel & glass roof that lets in the light, bridges connecting the upper levels, and nice clean toilets, something that’s tough to find while exploring. Top the day off by venturing in to the Kremlin itself (fortress in Russian), which is the administrative heart of country, and home to a series of basilicas, an interesting mix of government buildings and The Armoury Chamber (requires a separate ticket).

The Moscow River should not be overlooked either, and is a good way to give your feet a rest by taking a river cruise, starting and ending at different piers allowing you to move across the city. The two-hour trip provides the best views of the abovementioned key sites, as well as Stadium Luzhniki, Gorky Park (worth a stroll on its own) and a couple of Moscow’s seven, Stalin-inspired, Russian Baroque–Gothic skyscrapers.

If the sky is more your style then head to The Cosmonautics Memorial Museum, which provides an interesting look at Russia’s part in the global space race. There are lots of real spacecraft along with replicas on display and even two stuffed dogs that were the first animals in space. Other standouts include Tverskaya Street, Moscow’s most important modern thoroughfare, with Petrovka District giving a taste of the traditional past and Arbat District combining famous literary sites with tourist knick-knacks and cafes. For a walk on the slightly darker side check out Novodevichy Cemetery which features highly elaborate tombstones including Nikita Khurshchev’s. Novodevichy Convent, which is next door, is also worth a look if you’re at the cemetery.

While you won’t receive many beaming smiles from strangers during a trip to Moscow, people are surprisingly friendly at times. Stand on a corner looking at your map or guidebook for more than 30 seconds and someone will stop and try their best to assist. English speakers and signs are tough to find, but with a little practice, even reading Russian Cyrillic isn’t too tough for basic navigation. With an open mind and spirit you’ll find Moscow to be a charming place that offers surprising warmth once you manage to get below its sometimes chilly surface.