« Getting to Know Moscow | Main | Hotels of Note: The Manila Hotel »
Wednesday

A Look at a Few of Europe’s Favorite Dishes 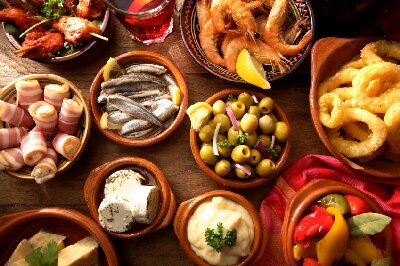 Much like movies or cars or music, there is no “one best” food that pleases everyone. Some like spicy, some like mild, some prefer a fine t-bone steak while others would prefer to avoid meat entirely. Every country or culture has its own specialties and favorites, and as fans of travel, Agoda.com thinks that trying the local dishes is the best – and tastiest – way to learn a bit more about the country you’re in. Here are a few of Europe’s most-loved and popular foods, and the country they hail from.

Almost every restaurant in the Balkan Peninsula serves Shopska Salad, which gets its name from the Shopluk region where Bulgaria, Serbia and Macedonia meet. The story goes that it was created in the 1950’s  as a unique dish to offer visitors and place Bulgaria on the culinary map, much like Italian gelato or Chinese dumplings have done. The recipe is quite simple: chop up tomatoes, cucumber, onion, peppers and parsley, add oil and a few dashes of salt or pepper, and top it off with a healthy dose of grated briny sirene cheese. Splash a bit of vinegar on there if you want a stronger taste. The salad is often consumed as an appetizer with rakia, a strong alcoholic drink made from fruit like plums, pears or apricots.

Hungary
There are several dishes that Hungary is known for, and all are heavy, hearty and delicious. First is gulyás or goulash, which can be traced back to the early cattle herdsman who made the dish on their long cattle drives. Made with stewed meat, noodles and vegetables and seasoned with a variety of spices, most notably paprika, it’s a surefire way to stave off the cold Hungarian winters. Similar is pörkölt, made with chicken, pork or beef with vegetables and spices, but no potato. A creamier dish is known as túrós tészta, a plate of pasta with cottage cheese, sour cream, and bacon.

If you’re visiting Romania, you should try mămăligă, a dish that accompanies most main courses made from ground-up maize or corn that’s been boiled. It’s basically a thick porridge that you can cut into slices, and is often served with sour cream and bacon, although another version is to eat it mashed up in a bowl of milk. If you’re missing your meat-based dishes, order up a plate of mititei, sausages made from ground beef, lamb, and pork mixed up with a healthy dosage of garlic, pepper, thyme, coriander, anise and paprika. Pow!

Plenty of Spanish dishes are available around the world and you’ve probably had a few of them. Paella is from eastern Spain and is made from boiled rice garnished with vegetables and meat. Many restaurants that cater to tourists serve it with chorizo sausage, but you’ll never see a Spaniard eating it that way! You’ve likely also heard of tapas – small portions of food that are shared among groups of friends – and are usually bits of ham, squid, potatoes, olives, eggs, and more served on bite-sized pieces of bread. The word means “top” in Spanish, and is named because bartenders used to put the bread over a glass of wine or beer to keep out bugs.  For your sweet tooth, try turron, a mix of honey, sugar, egg whites and roasted nuts.

France is known worldwide for its cuisine, most notably the wine and cheese, but there are also plenty of other dishes that are must-eats. If you’re hungry, you can’t go wrong with aligot, tome de Laguiole cheese and garlic mixed into a thick mashed potato dish and eaten with sausages or roast pork. Another great meal is cassoulet, a thick stew of white beans, pork skin and chunks of pork, sausage, goose, duck or lamb cooked in a clay casserole pot. One of the most widely-known French dish is cuisses de grenouille, more commonly known simply as frog legs. They are most often fried or deep fried and can be breaded for taste.

German food is dominated by meat and bread (and beer!), so it’s no surprise that sauerbraten is on the list. The original recipe called for horse meat, but today it’s more likely to be made with pork, beef or lamb. It’s marinated in a sauce made from wine, vinegar and spices for up to 10 days and served with a side of potatoes, dumplings or sauerkraut. For dessert, dig into a bowl of rote grutze, made from black and red currants and berries (strawberries, blueberries, raspberries, etc), and cooked with cornflour. Put a huge spoonful in a bowl, and pour cream, milk or vanilla sauce on top.

There are plenty of other European dishes we missed, so let us know what your favorite is!