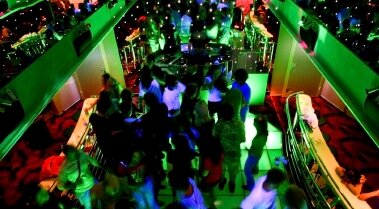 Being an honorary Bangkok local, I’ve had more than my fair share of party nights in this crazy town. There’s such a wide selection of bars and clubs in this giant metropolis that I’m barely scratching the surface here. I’ll stick to tourist-friendly venues and cover the underground and ‘after-hours’ clubs in a future blog.

Bed Supperclub (Sukhumvit Soi 11) is Bangkok’s most iconic club and it’s definitely worth visiting, although music and theme differ every night so check local guides when in town. My advice is to go early for a great dinner and exotic cocktails reclined on the super-comfy bed lounges in the minimalist white room before the ‘general public’ descends at 10pm. You can then go back and forth from the white room to the main dancefloor and party with the half tourist, half local crowd until 2am.

RCA, between Rama 9 and Petchaburi Roads, is the biggest bar/nightclub zone in Bangkok and caters to all musical tastes. 808 is a relatively new RCA club but regularly attracts big international DJs and live acts playing house, electro and hip-hop. It’s worth checking out on a busy night but isn’t as stylish as Bed and is awful when only half-full.

Club Culture (Sri Ayudthaya, Phaya Thai) is one of my favorite venues for a dance, with regular theme nights and top-class DJs from all over the world playing electro, trance, techno and even dubstep. The crowd is always up for fun, entry price and drinks are not expensive and there’s a good mix of Thais and farang (white foreigners).

DJ Station (Silom Soi 2) is Bangkok’s most famous gay club and it’s always packed on a Friday and Saturday night. The crowd is mainly foreign tourists and Thai boys who like foreign tourists but if you appreciate disco anthems then you’ll be moving and grooving – maybe even waving your hands in the air like you just don’t care.