Five Great Things to do in London for Free 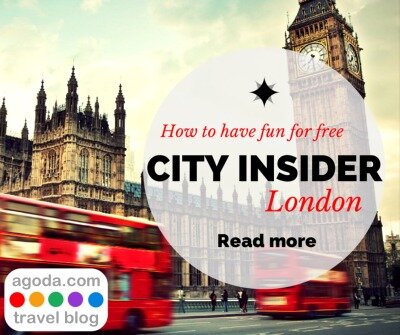 London may be one of the most expensive cities in the world, but if you’re in the know, a visit to the English capital doesn’t have to be costly at all. There are so many amazing free activities, events and sights in London. You’ll have no problem indulging in the city’s many offerings while sticking to your budget! Even a simple stroll along the South Bank of the Thames rewards you with iconic London sights including the Houses of Parliament, the London Eye and Shakespeare’s Globe Theater.

We’ve compiled a list of five fantastic things to do in London, and all of them at our favorite price – free!

Wandering around London’s diverse markets is a great way to get a sense of the city’s edgy and eclectic style. There truly is something for everyone on offer, whether you’re in search of a tasty snack, a vintage coat or an antique clock.

Camden Market is full of alternative, original arts and crafts, as well as unique clothing and accessories, and with its fun, quirky atmosphere, it’s easy to see why Camden Market is London’s fourth most-visited attraction.

Foodies will delight in the vast array of delicious street dishes from around the world available at Borough Market, one of London’s oldest food markets.

For collectors, there is nowhere better than Portobello Road Market, the biggest antiques market in the world, home to almost every kind of collectible and antique imaginable.

Relax in the Royal Parks

Escape from the bustling city to the fresh air of one of London’s many parks. Stroll to the top of Primrose Hill in Regent’s Park for a priceless view of the capital in all its glory. Head to Hyde Park, London’s largest green space, and get active. The park boasts a wide range of activities from boating, horse riding and cycling in the summer, to ice skating in the winter.

But that’s not all, because there’s also Kensington Gardens, Richmond Park, St James’s Park, Greenwich Park, Bushy Park and Green Park, each offering sanctuary from the busy city as well as a range of events to keep the whole family entertained.

Become cultured in the museums and art galleries

London’s museums are some of the best in the world, and entry to the majority of them is completely free! The pick of the bunch has to be the British Museum, with a permanent collection of over eight million exhibits and home to important artefacts including the Parthenon Marbles and the Rosetta Stone. But there are many other fantastic choices, from the fun and interactive Science Museum to the Natural History Museum and its vast collection of ancient, rare and fascinating specimens.

London also has many fantastic art galleries, from the world-renowned National Gallery which houses celebrated works by some of the most influential artists Western Europe has produced, including Renoir, Da Vinci and Van Gogh, to the Tate Modern, where you can explore the unusual world of contemporary and modern art.

Be amazed by the street performers in Covent Garden

All of the street performers in Covent Garden have to pass an audition before they are allowed to perform here, so you know they’re sure to put on a good show. Join the crowds and marvel at the amazing, unusual, funny, crazy and sometimes downright weird talents of the performers, from the stunt artists, mimes and magicians in the West Piazza to the exceptional classical music performances in the South Hall Courtyard.

Covent Garden is also full of quaint cafés and boutiques, and there are an incredible thirteen theaters nearby. Watching the performances is another great way to pass the time before heading to the theater to catch a show.

Watch the Changing of the Guard

The Changing of the Guard is one of London’s most iconic attractions, with the Queen’s Guard decked out in their recognizable black busbies and red tunics. Why not get a unique, up-close view of this traditional ceremony by heading over to St James’s Palace where you can watch the Captain of the Queen’s Guard inspecting half of the Old Guard before following their procession to Buckingham Palace to join with the rest of their corps?

The Changing of the Guards takes place every day during the summer and every other day in the winter, and starts at 11am at St James’s Palace and at 11:30am at Buckingham Palace – but if you’re heading straight to Buckingham Palace, don’t forget to show up early in order to get a good view.